Investment projects at UZPM were praised as “high priority” for the region by the Governor of Perm Territory, 18 may 2020 — UDPM 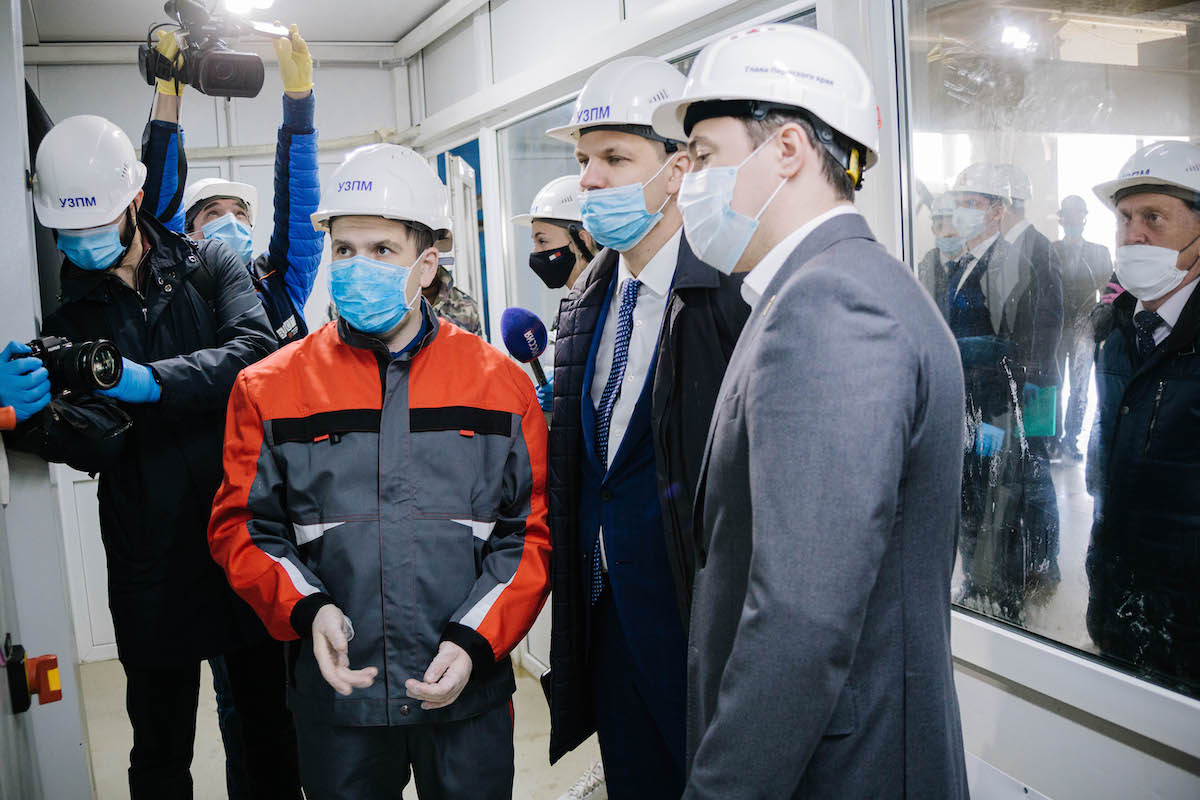 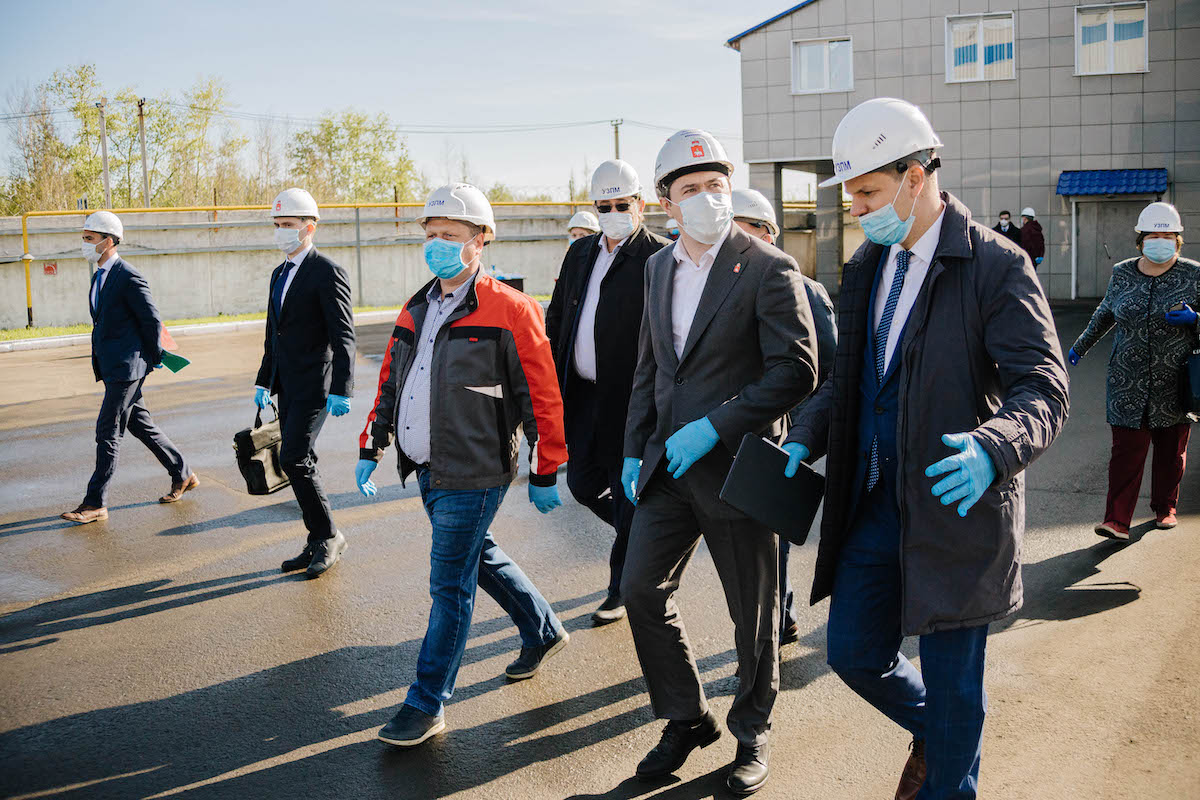 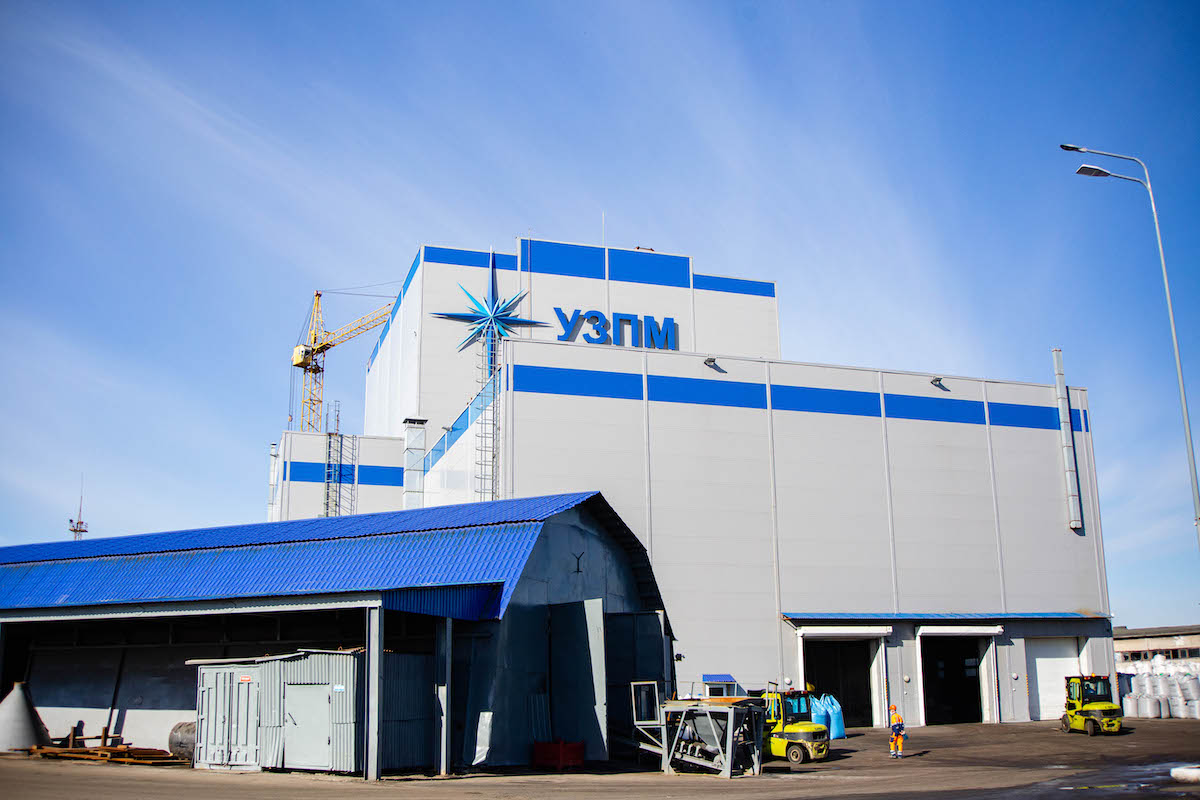 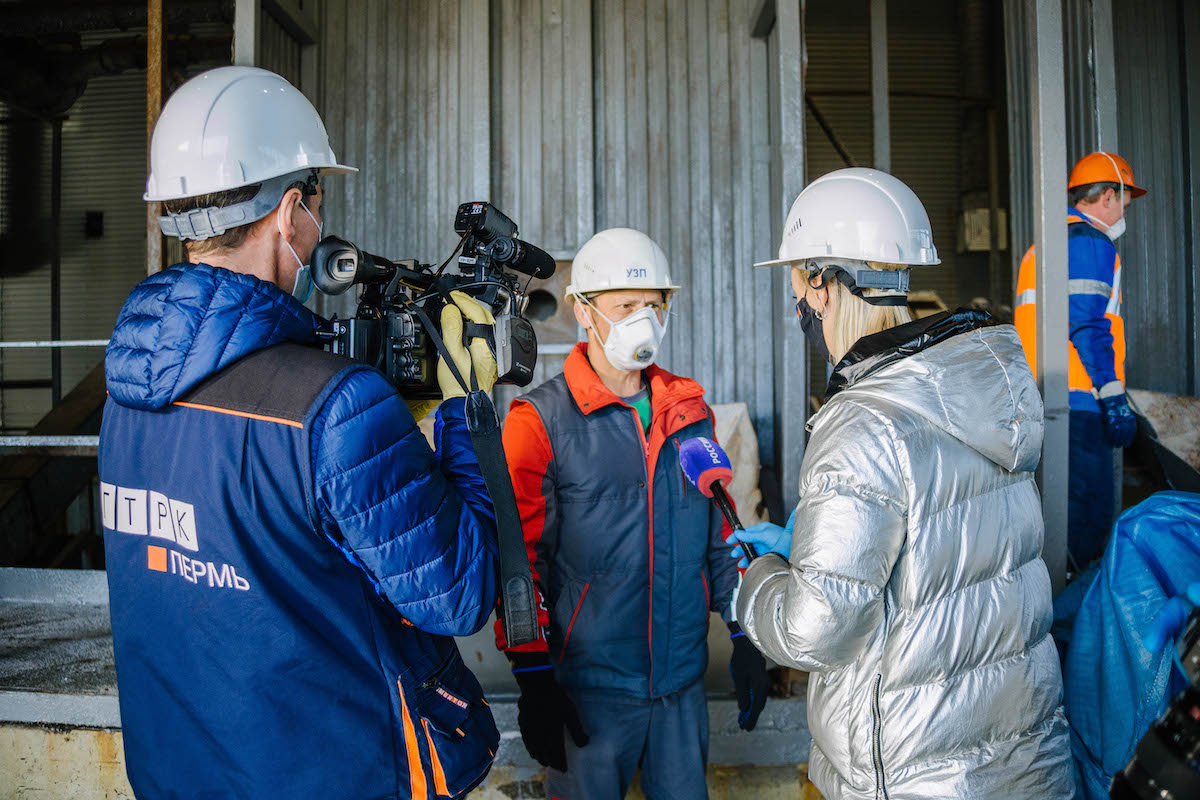 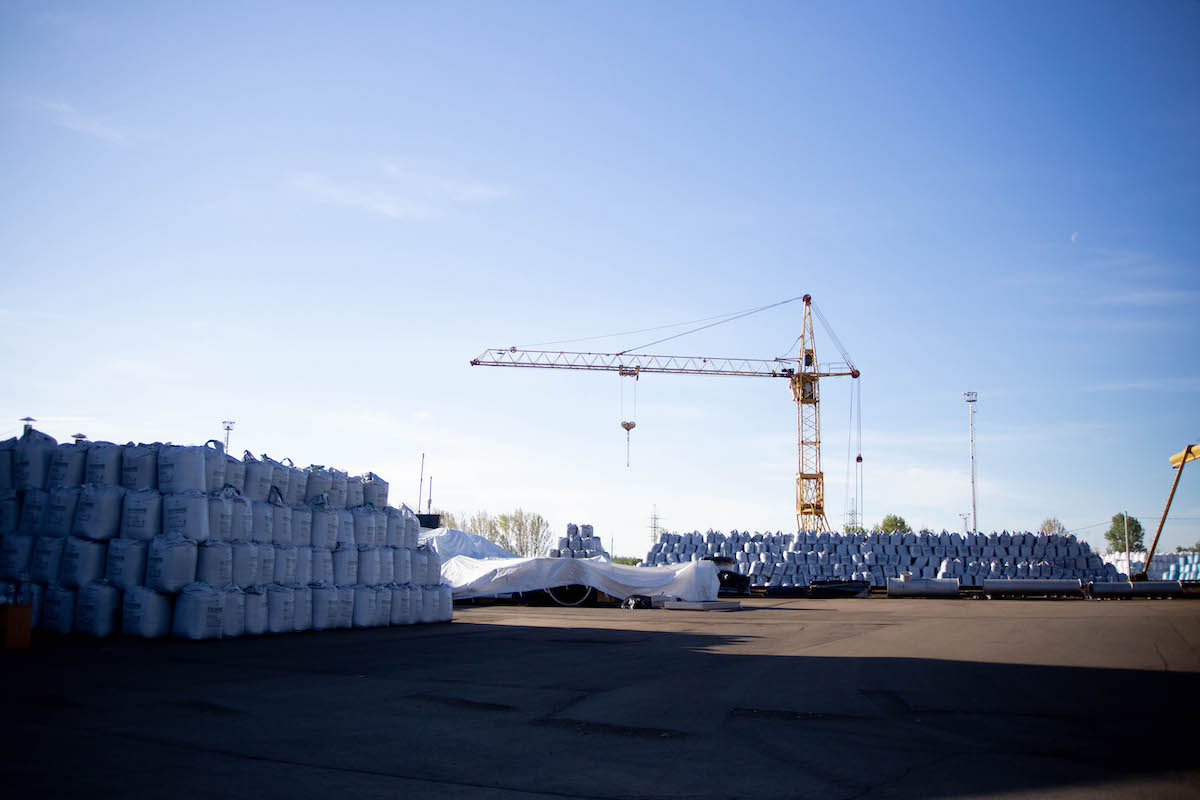 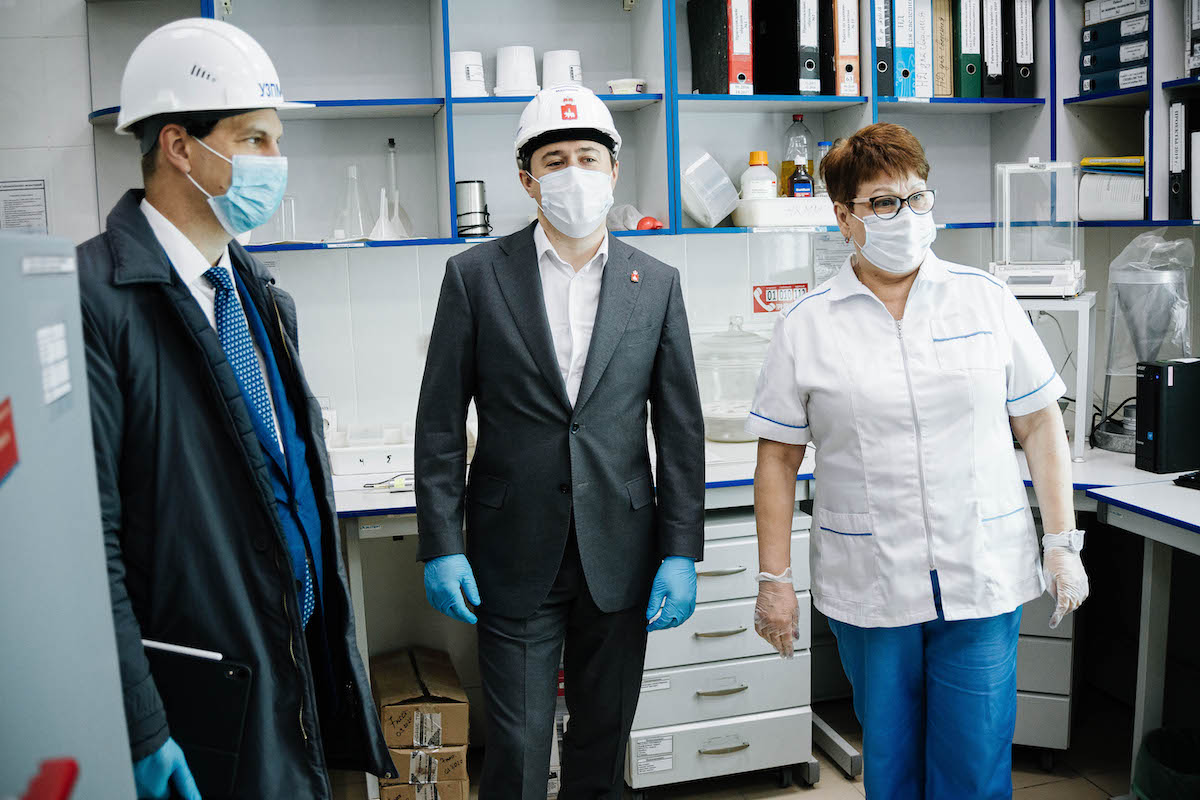 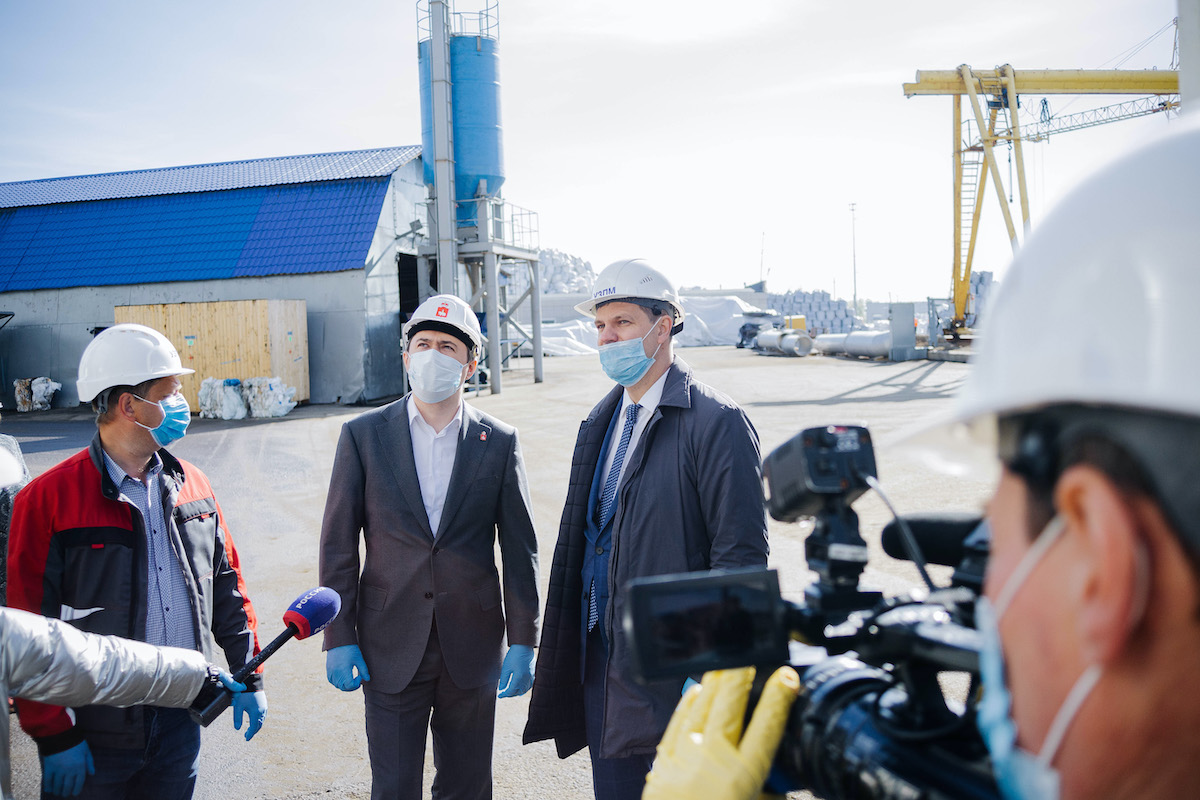 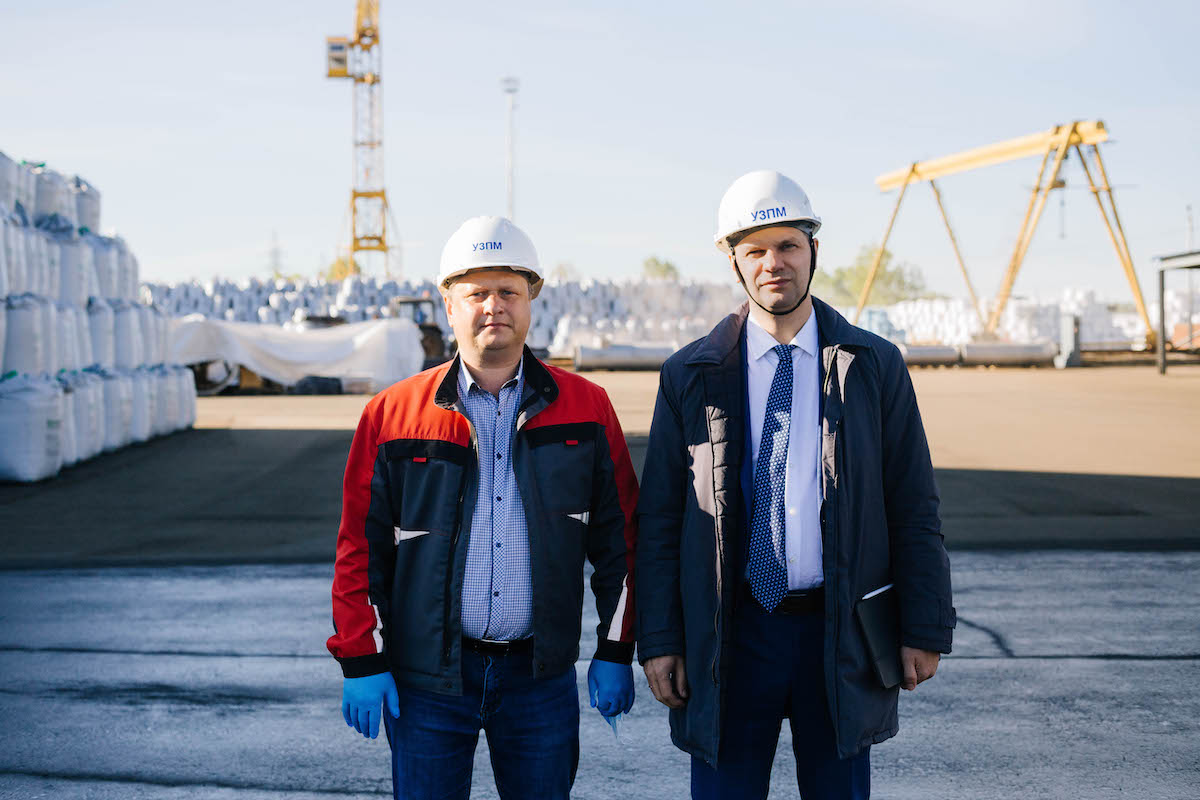 Dmitry Makhonin, acting Governor for Perm Region visited production facilities of the Ural Plant of Deicing Materials (UZPM) on May 15th, 2020. The head of the region examined the production facilities and was briefed on the progress of investment projects implementation underway at UZPM.

During his visit Mr. Makhonin toured the workshops for the preparation and production of anti-icing materials, the construction site of the new production line of Bionord detergent with a disinfecting effect, and the factory’s research and development laboratory.

Dmitry Makhonin has emphasized the importance of continuing the implementation of these projects, despite the current situation in the country and in the world. “New projects give us new jobs, which is especially important now, they provide revenues to the budget. The regional authorities, for their part, provide support: first of all, soft loans and other types of funding. The synergy between state power and large business allows us to build modern production facilities and develop business, – said Dmitry Makhonin. – At the UZPM site, we see an example of the import substitution project in implementation. This is an exclusive production for Russia, which speaks of the potential of the Perm Territory.”

The Director General of UZPM Dmitry Pylev, having thanked the regional authorities for their support, in turn, outlined further plans for the enterprise: establishment of a large holding of chemical companies around UZPM, continuation of major investment projects, launching product deliveries to EU countries, and development and entry into new markets disinfectants, detergents for cleaning streets and sidewalks, as well as various modifications of PGM.

Ural Plant of Deicing Materials (UZPM) was founded in 2007 by a Perm entrepreneur Rustam Gilfanov, now a recognized expert in the field of winter road maintenance. Today UZPM is the largest Russian manufacturer of modern multicomponent eco-friendly deicing materials and applications.

The flagship product of the enterprise – a multicomponent “Bionord” - is produced using innovative and unique technology called “single granule,” which was developed based on the most advanced technologies available as well as world-wide research of deicers.

Bionord products are intended for winter and off-season maintenance of roads and sidewalks, airports and other infrastructure facilities. There are special products in the lineup, formulated to melt ice in temperatures below -25C (-13F), and operate safely on concrete (cement) and metal surfaces, such as steel. Bionord products are deployed to combat winter slippery conditions throughout the Russian Federation and outside the country.

Efficiency and safety of UZPM products are confirmed by the leading transport, medical and other research institutes and the state environmental authorities.