On May 29, the first charitable tournament WTG FOOTBALL CUP was held in Perm. Perm the Great arena became the venue for the sports fest. On that day, 6 teams of our colleagues competed in the football field in front of the fans. In addition to the exciting matches, the audience was dazzled by the grand opening, many contests for the children and vibrant performance of cover group El Capitan.

It was probably for the first time that so many experts in winter technologies gathered in Perm the Great arena. The event started with drumbeat and a parade of the participating teams. The sportsmen were greeted by Rustam Gilfanov, the founder of the new Russian business community Winter Technologies Group (WTG), Valerii Chuprakov, the President of Amkar Perm Football Club, and Dmitrii Pylyov, the General Director of the Ural Plant of Deicing Materials. 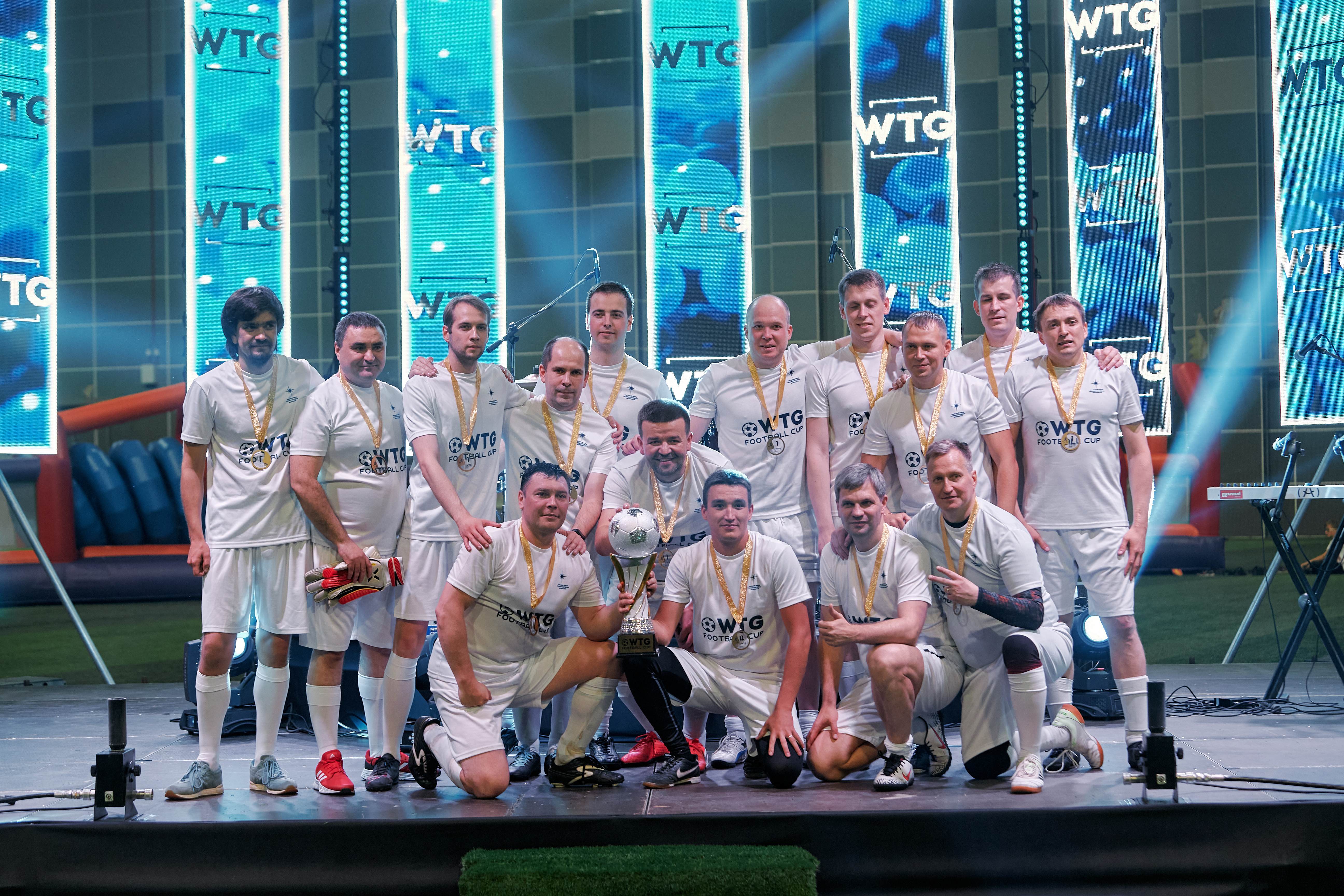 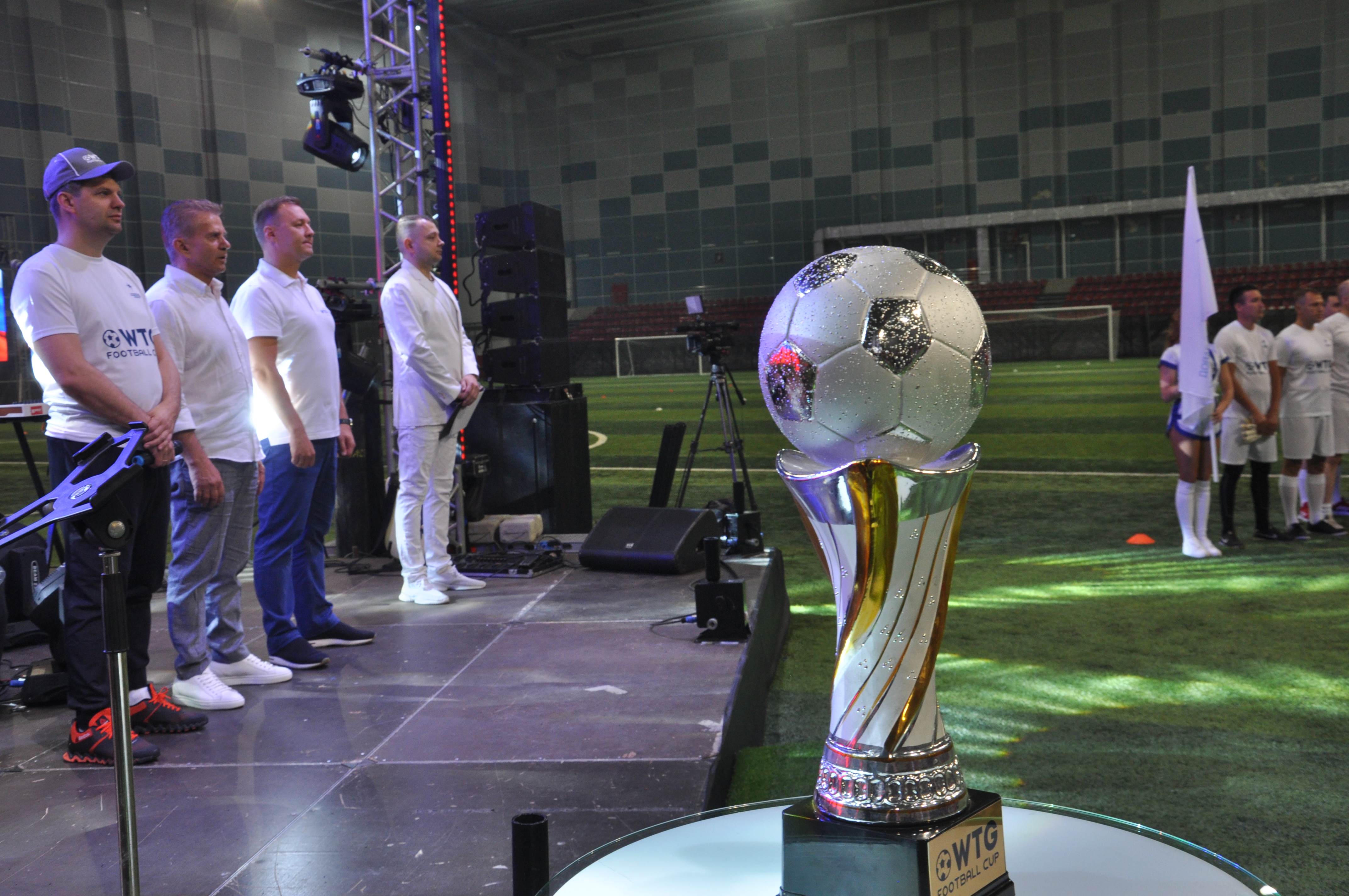 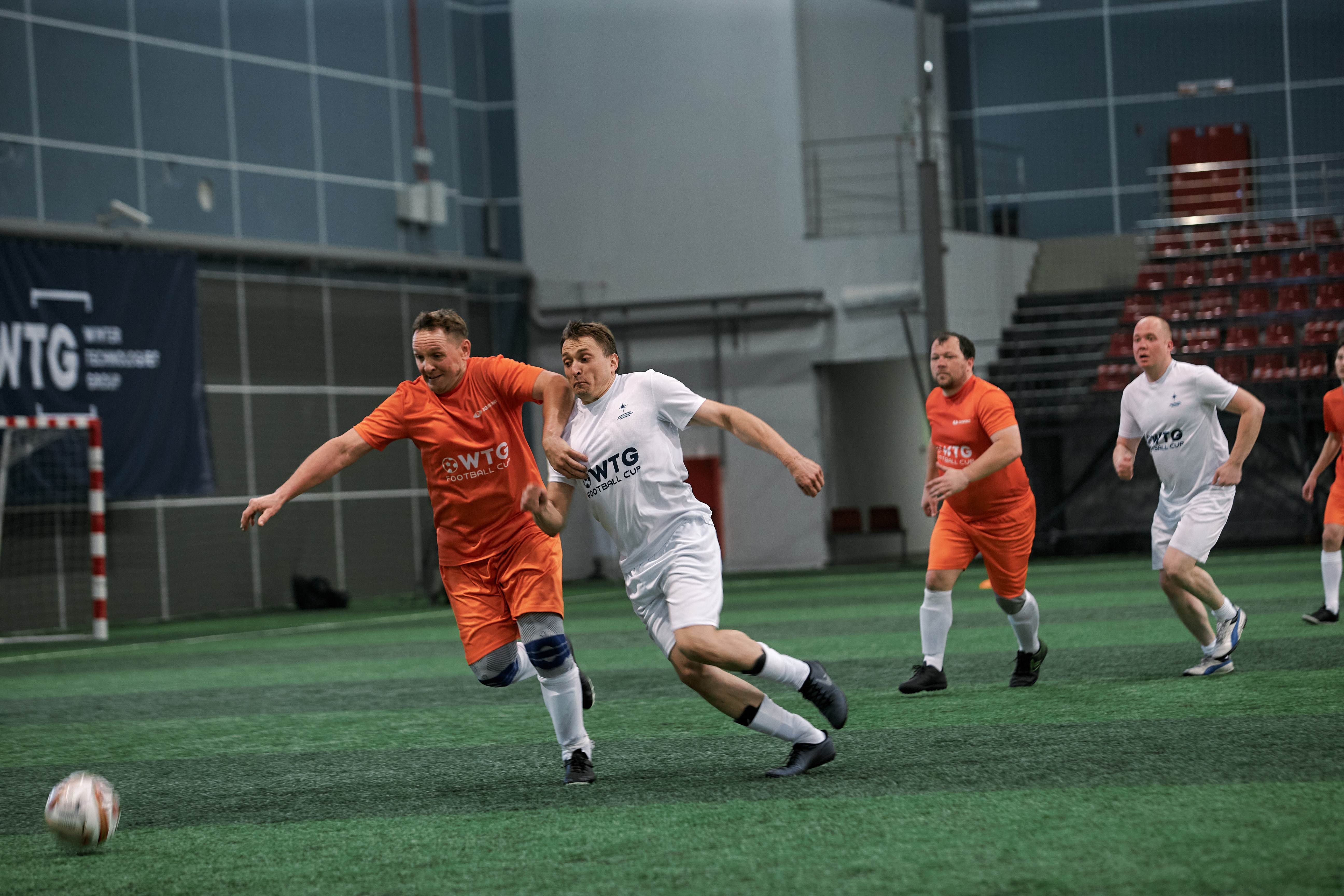 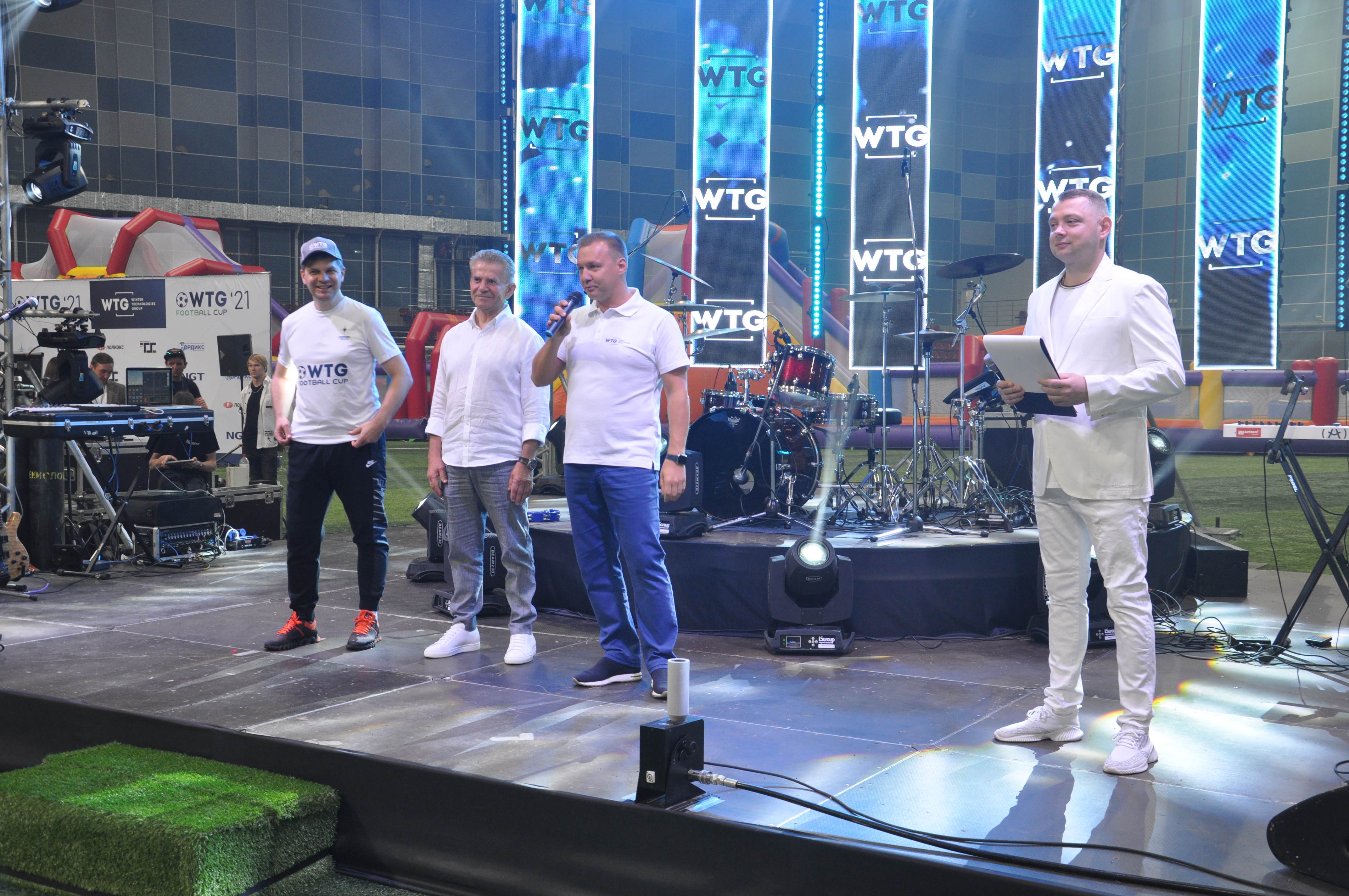 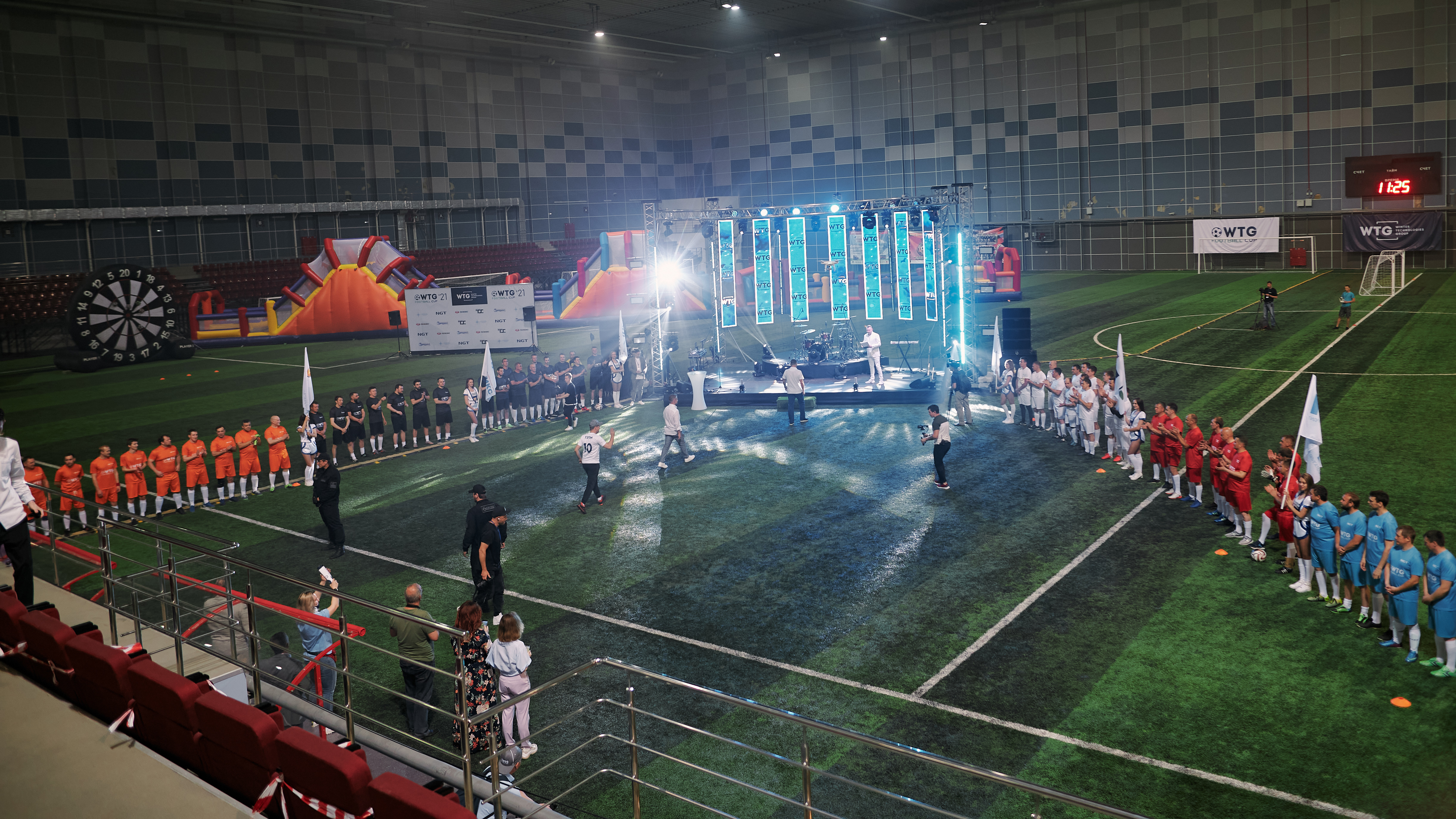 “Football is a great force that overcomes borders, while our group of companies combines state-of-the-art winter competencies”, Rustam Gilfanov addressed the football players. “Though today there are six teams representing different companies, together we all are one big team of Winter Technologies Group. Speaking in football terms, I wish that we always play by the rules, support each other and respect our adversaries. I wish you a good game, and let the best player win!”

In his speech, Valerii Chuprakov, the President of Amkar Perm Football Club, noted that the people who do business and are good at making money, invest in charity, which is a right thing to do for a company. The special guest wished luck to all the sportsmen in their competition.

Dmitrii Pylyov, the General Director of the Ural Plan of Deicing Materials, thanked all the participants for intensive and effective preparation, and commented that the tournament is charitable and that the collected funds will be used to support the children’s hockey team The Red Star. To confirm his words, Dmitrii Pylyov awarded a gift certificate to the team’s coach Andrei Tudvasev.

After the drawing, the teams eagerly started the competition. The fans cheered and applauded. Many people in the audience noted the atmosphere of a sports fest, and that the players were really invested in the game.

As a result, the first place was taken by the team of UZPM (administrative division of the plant) after winning Bionord (production division) on penalty.

Bionord has become the most effective team, having struck 21 goals. The third place was taken by NGT (NefteGazTekhnika) team.

Ruslan Ashirov has become the best goalkeeper, Sergei Kolchanov – the most effective striker, and Andrei Glukov – the most reliable defender.

Besides, the fans got prizes for participation in contests and passing an obstacle course.

We congratulate all the players and fans. The first tournament was fascinating and exciting