Expanding the territory of presence! 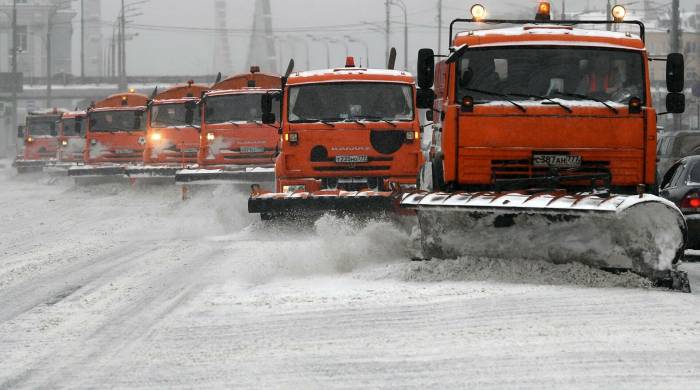 According to experts, this winter turned out to be more snowy than last year. Road services of Russian cities daily report thousands of cubic meters of snow removed. Natural disasters are being fought with all available means, including the products of Ural Plant of Deicing Materials.

Thus Administration of Barnaul decided to use Bionord as an alternative for the mixture of sand and salt. The new method of fighting ice will be tested to save roads: several years ago they fought glaze ice at public transport stops with so called ice axes and damaged the asphalt coat.

- At present there are new roads, new asphalt under guarantee, and it’s impossible to do, it’s not effective. The head now has given another one order: to study different types of agents. Now we’ve bought Bionord, we will test them on pavements and see how the weather in Siberia and these agents will interact, - noted Anatoliy Voronkov, deputy head of Barnaul.

In Kurgan Bionord replaced the sand-salt and gravel-sand mixture. They have been heavily polluting the road network with sand, in addition, technical salt was not effective even at minus 10. In December, sharp weather changes took place in the city - the thaw was repeatedly replaced by cooling to minus 20 and below, therefore it was decided to use a new agent at low temperatures on streets with heavy traffic and especially dangerous sections of roads.

In Novosibirsk it is planned to purchase 20 units of cleaning equipment worth 50.8 million rubles for the winter maintenance of roads. The competition will be announced in February in order to significantly increase the efficiency of works by the new season, when the World Junior Ice Hockey Championship will be held. The new equipment will include installations for treating roads with a two-phase agent from the Ural Plant of Deicing Materials.

Bionord will arrive in Vladivostok in early February. The city authorities previously used Bionord.Mosty (Bionord.Bridges) to maintain the federal facility, the Russky Bridge, during the winter period. Now a decision has been made to use the UZPM deicing material also on roads with heavy traffic.

The first batch of Bionord was sent to Estonia. Road services of the European country will use the agent in the capital for the first time. In the capital of Russia Bionord is used this winter on the territory of Embassies of Germany, Singapore, Iran and Belarus. The territories of Gorky Central Park of Culture and Leisure, Expocentre and World Trade Centre as well as the Cathedral of Christ the Saviour are being treated with UZPM agent.

Among the new facilities for Bionord in the winter season of 2022 are the Angarsk Petrochemical Company, Samsung, Volvo and Volkswagen plants in Kaluga and Zeppelin-Russland in St. Petersburg. The territory of presence is expanding!