UZPM celebrates May Day with gymnasts and soap bubbles, 01 may 2019 — UDPM

UZPM celebrates May Day with gymnasts and soap bubbles 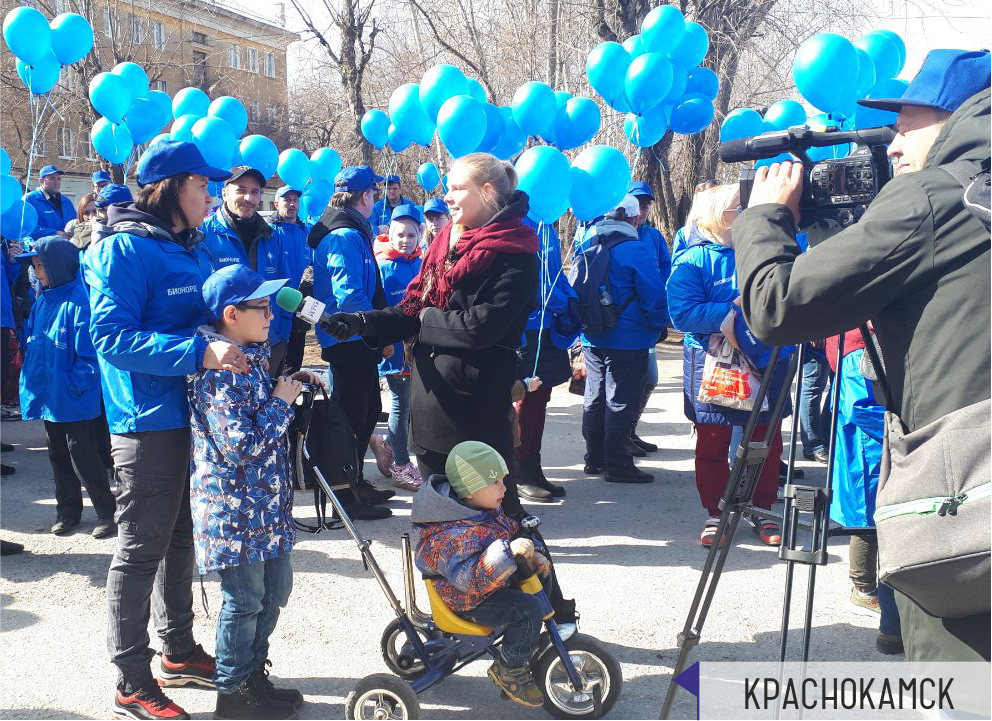 On Spring and Labor Day, the employees of Ural Plant of Deicing Materials have organized a festive procession. This year, for the first time the company participated in celebrations in both Perm and Krasnokamsk, where its production facilities are located.

Early in the morning of May 1, in the capital of Perm Territory, the column of UZPM gathered on Komsomolsky Prospect around KAMAZ truck, which turned into a mobile station producing soap bubbles. The non-stop device blew the soaps on spectators and other passers-by.

The participants had blue and white caps, jackets, and balloons - that colors symbolized the company.

At the same time, in Krasnokamsk, another column was preparing for the march from the Globe monument. The column stood out from afar for its big bundles of balloons that floated above the heads of the company's employees and their families.

At 10:50 am all columns were ready, and 10 minutes later the representatives of UZPM began their festive march in both of the cities.

Quarter by quarter, saluting their colleagues and citizens of Perm and Krasnokamsk who came to see the May Day procession, the participants reached the stands.

“Ural Plant of Deicing Materials is one of the largest producers of advanced deicing materials. Now the enterprise is a center that develops innovative products for maintaining the urban infrastructure in winter,” told the speakers.

Meanwhile, Perm procession turned into a show. The gymnasts who accompanied UZPM, animated the procession by acrobatics with ribbons, followed by the admiring looks of spectators on Octyabrskaya Square.

In Krasnokamsk, UZPM employees with their loud “Hurray!” thundered down the presenter’s speaker who was telling about the plant’s achievements. That win was due to the efforts of activists from a local group called Health, who wished to go under the company's flags this year.

“Our company participates in May Day march for the sixth time. Over the years, we have grown from a small company to a major producer. We are actively exploring new fields and developing our divisions in Perm Territory, Moscow, and other Russian cities,” Dmitry Pylev, Chief Executive Officer of Ural Plant of Deicing Materials, told the reporters. “I am sure that such a success was achieved thanks to our team. Each member within its duties plays an important role that contributes to the common result.”

A new manufacturer of de-icing treatments for civil aviation has appeared in Russia
BIONORD IMPROVES ROAD TRAFFIC SAFETY
The laws should be adapted to the realities of business and life
UZPM presents BIONORD ECOSALT at the international forum WINTER ROAD CONGRESS in Tampere, Finland on February 12-13th
UZPM RECEIVES FEDERAL SUPPORT FOR NEW PRODUCTION FACILITY OPENING
UZPM AT THE INTERNATIONAL EXHIBITION IN KAZAKHSTAN