Rustam Gilfanov, Chairman of the Board of Directors, spoke about the company's development plans, 20 march 2018 — UDPM

Rustam Gilfanov, Chairman of the Board of Directors, spoke about the company's development plans

Rustam Gilfanov, Chairman of the Board of Directors, spoke about the company's development plans. 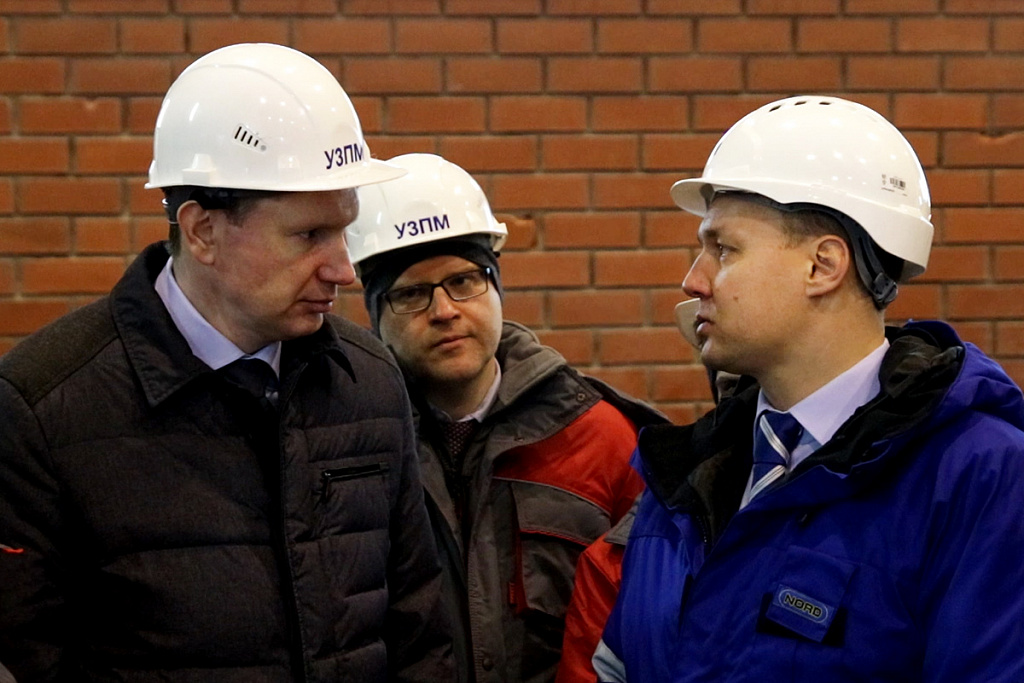 Russian regions’s authorities discuss the end of winter season. This year's weather surprised the central part of the country with unprecedented snowfalls. For example, the capital got so much that the weather forecasters immediately called it "the snowfall of the century". However, road services managed to prevent a collapse in the metropolis: public transport did not stop working, as happened, for example, in the United States. Blockages on the roads and pavements were cleared as much as possible.

The past winter has clearly demonstrated to everyone that cleaning cities during this period is a special niche of maintenance services, on which the lives and health of people depend. One of the key roles in the complex of measures is deicing treatment. In Moscow, for many seasons in a row, it allows to reduce accidents and injuries. Latest data show that for January-February 2018 the number of road accidents due to unsatisfactory road conditions decreased by 47% compared to the same period last year. Almost 50% less people died, 45.7% less injured. At present the capital city, despite its large population, demonstrates the most insignificant rates of injuries among Russian cities.

It is noteworthy that the interest of producers on the market of deicing materials is also growing. However, at the moment, one of the largest players is the Ural Plant of Deicing Materials, which is located in the Perm Krai. The company celebrated its tenth anniversary last year.

UZPM production began from with scientific discoveries of businessman Rustam Gilfanov. He was born and grew up in Perm, where he received education in economics. In the second year of university, he founded a company specializing in the supply of equipment for petroleum-storage depots and fuel filling stations.

The industry of deicing materials in Russia began to form in early 2000s. The flagship of changes was Moscow, whose authorities began to search for new solutions against the causes of winter injuries and accidents. As a result, deicing materials were purchased in Finland, Israel and China. About half of compounds for Moscow streets were at that time imported.

It is not surprising that Russian businessmen also became interested in the niche. Rustam Gilfanov was оne of those who understood the vast prospects of the industry. According to memories of the businessman and his family, ten years ago his apartment looked like a library and a private mini-laboratory: he bought a lot of books on chemistry, tried in practice to find out the answers about best ice melts.

However, realizing that serious research is needed for serious work, Rustam Gilfanov asked the leading Russian universities for assistance: Russian Road Research Institute (RosdorNII), Leather and Footwear Industry Research Institute and others, in order to create an optimal deicing compound, effective and safe. 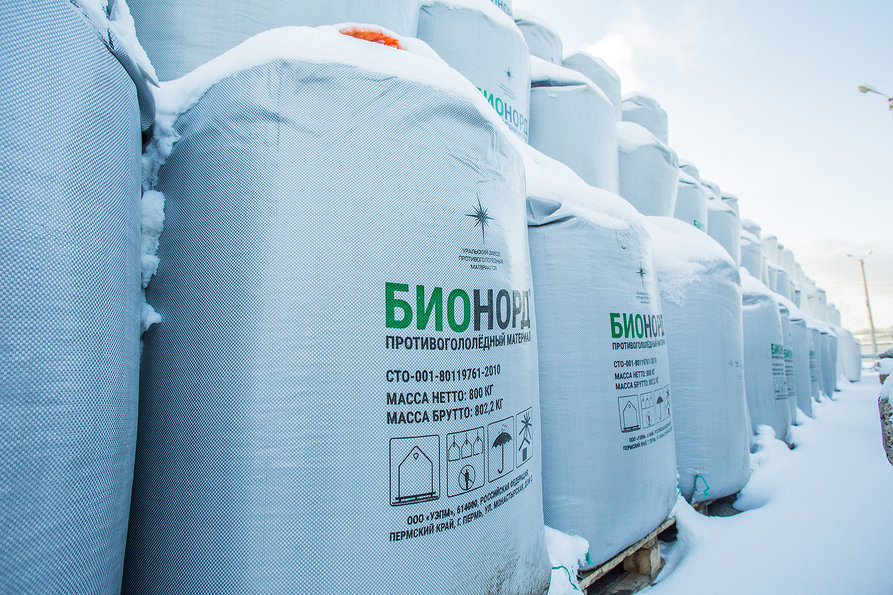 As a result, the compound was created and patented, which corresponded to the best foreign samples by specifications. Raw materials and platform for production startup were found in the Perm Krai.

One of the buyers of UZPM products was Moscow, which needs quality deicers, and, within a year the demand for supplies exceeded the capacity of the company by 60 percent. To that end it was decided to expand the business and create new production lines.

Now UZPM is one of the industry leaders. Materials are produced under the brand names of "Bionord" and "Ecosol", the essence of which is that all components are selected in such a proportion that allows the deicing materials to work quickly and without harm to the environment, infrastructure and people. The formula is based on a combination of salts, corrosion inhibitors and friction material. Last year, UZPM also introduced a new generation of icemelts to the market that consist of a liquid and a dry solid part, which company chose to call “two-phase” deicing materials. They exceed the dry solid analogues in terms of speed of reaction, as well as indicators of environmental friendliness and efficiency. UZPM products are supplied to more than 50 regions of the country. Bionord, for example, is used to treat the territory of the Kremlin, the Government of the Russian Federation, Moscow and Ekaterinburg zoos, the Hermitage and many other objects. Now Rustam Gilfanov continues to develop the industry of deicing materials. He is working on improving the compositions, searching for quality sources of raw materials.

The company plans to cover the retail sales market, develop new versions of deicing materials and solutions for combating with ice.

In late February 2018, during the visit of Maxim Reshetnikov, governor of the Perm Krai, to the company, the businessman told about global plans to modernize the plant. We are talking about launch and development of our own field, which will increase production from 0.5 million tons to 1 million tons of deicing materials.

P.S. The staff of the Ural Plant of Deicing Materials congratulates Rustam Khalefovich Gilfanov, the Chairman of the Company's Board of Directors, on his birthday! We wish you new achievements and victories!