The Russian Basketball 3x3 Championship 2021/2022 season is over 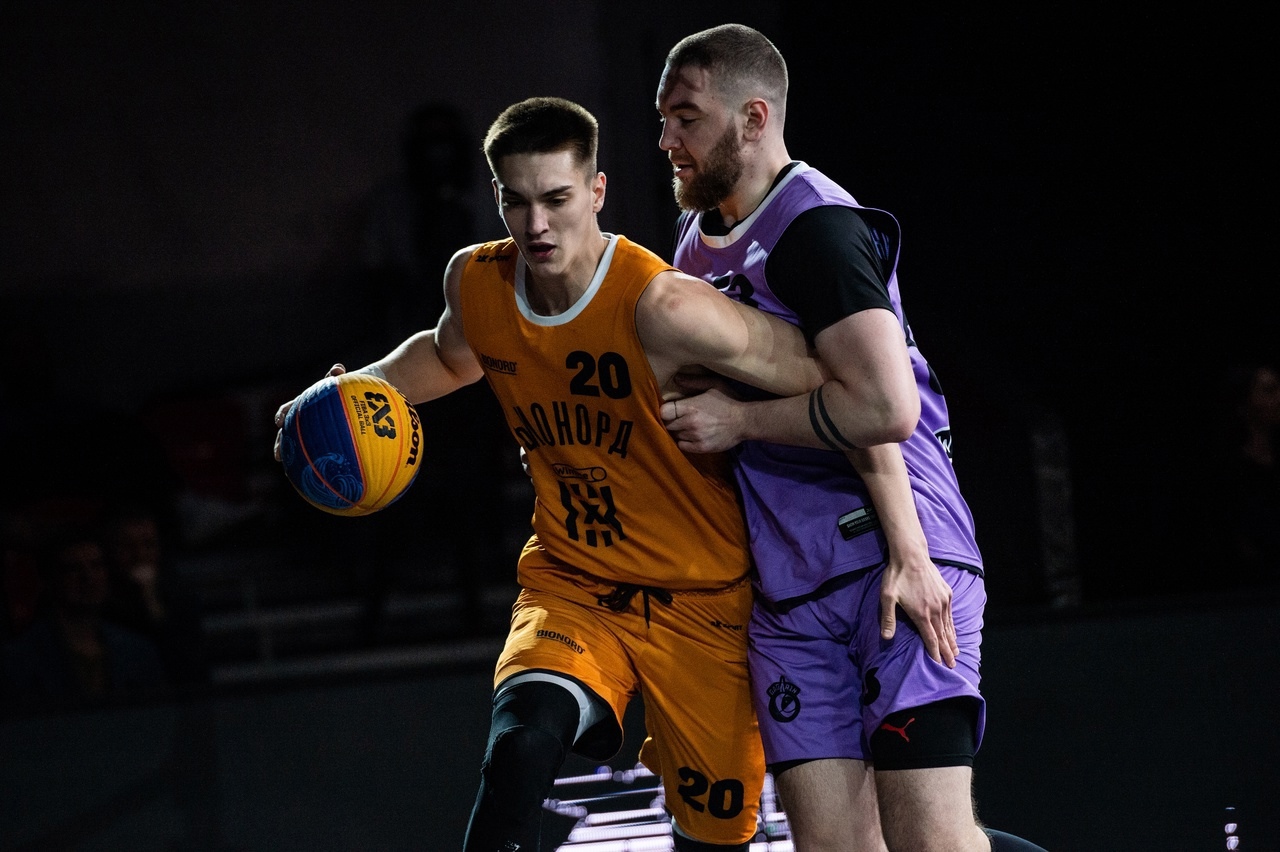 The finals of the Russian Basketball 3x3 Championship were held in Chelyabinsk. BIONORD is among the TOP 8 teams nationwide.

Perm BIONORD played among the country's strongest teams. Unfortunately, our team had to do without its leader, Vladislav Perevalov. In spite of shortage in the crew, BIONORD demonstrated high performance and confirmed its status as the winner of a Wild Card to the Championship Finals.

BIONORD faced the giants of the domestic 3x3 basketball - Gagarin, Runa, Samara and Inanomo (the season's champion based on the results of the final round). Our guys gave a fitting rebuff to the leaders, but this time their rivals were stronger. In addition, the Permiaks confidently outplayed the tournament hosts Uralets, and snatched victory from HeliTab of Kazan in a tough bout.

On the final game day for our team, BIONORD and Bad Boys played the most thrilling match of the tournament. It was the last chance for our guys to clinch a play-off spot, and they put up a fierce fight against the tournament favourites. Bad Boys had to play in the defence a lot in regulation time, but in the end the Bryansk team managed to take the game to overtime, which they won in a rough game, 17:15.

The Permiaks scored 8th in the Russian 3x3 Basketball Championship among the 17 teams from across the country.

This year, the final stage of the competition was held according to the "Tokyo" system: the finalists were not divided into groups, but played on an "every team against every team" basis. The 10 teams played in a round-robin format, with the top 6 going on to the play-offs. I believe that our 8th place in the Finals is a very worthy result. The games against all our opponents and even the tournament winners-to-be were toughly fought, and the competition's silver medalists Bad Boys managed to beat us only in overtime, making it to the playoffs with great difficulty. Our guys gave it 100% in every game. For the three players in the squad it was their first season in 3×3 basketball, so we lacked some experience or maybe just luck. Well done, guys! I think that if we'd had our leader Vladislav Perevalov, who missed the finals, we could have fought for the playoffs. I'm already looking forward to the start of the next playing season!

A tournament of this level is, above all, a new opportunity for the professional development of our BIONORD trainees. They are ambitious, hardworking, uncompromising and eager to win. The fight was really tough - the strongest teams of the country took part in the championship - and, to our credit, our Prikamians coped with the task with dignity. They have new achievements ahead and the unconditional support of the Prikamye residents.

The first thing I want to say is that Chelyabinsk held the finals of the Russian Basketball 3x3 Championship at a very high level. The top teams of the country gathered in the Southern Urals for a period of five days, every single match being spectacular. I'm very glad that the tournament had a huge audience - more than 3500 people watched the final games. The atmosphere at the tournament was truly festive. Our team performed very well. In the matches against the best teams of the country they showed true stamina. We lost by just two points to the bronze winner Rune, and the silver winner Bad Boys managed to beat us only in overtime. The Permiaks showed a very high level of play, worthy of finals in the Russian championship. And this professional attitude is demonstrated by amateurs – young men from the Perm City Championship who play for BIONORD. I'd like to point out that this season, Ural and Volga Region became actual centers of 3x3 basketball - this year, on top of the finals in Chelyabinsk, tandems of the regular national championship were held in Perm, Ekaterinburg, Izhevsk, and Samara. With Nikolay Sandakov, President of Chelyabinsk Region Basketball Federation, we have discussed the possibility of creating the Urals 3x3 Basketball League.

Tested to the limit
Bionord tested in Yamal
UZPM EXPERTS AT AN INTERNATIONAL EXHIBITION
The Russian Basketball 3x3 Championship 2021/2022 season is over
Expanding the territory of presence!
Dmitry Pylev: new business opportunities